List of Awards in India for Different Fields PDF List of Awards in India for Different Fields PDF

Awards are the token of respect and honor conferred to the people with noteworthy achievements. The list of awards in India is vast as people have been marking great achievements in various fields.

The major categories of Awards in India are:

Civilian Awards are conferred to people with outstanding achievements in their field of work. These awards are presented to the respective recipients by the President of India on Republic Day. The inception year of these Civilian awards is 1954.

Civilian Awards are categorized according to the degree of honour.

The Civilian awards conferred are:

Bharat Ratna is the highest Civilian Award in India. This award is conferred for achievements in the field of Science, Literature, Arts and Public Services. In 2013, sports were also included in this award category.

The award has the shape of Peepal leaf and is bronze-toned. The award has the emblem of Sun in the middle, and the words” Bharat Ratna” are inscribed below the emblem in Devanagari Script. On the reverse side, it has the State Emblem and State Motto.

Padma Vibushan is the second-highest civilian award in India. This is conferred to people with distinguished achievements in the field of Arts, Literature, Science, Public Services.

This award has a circular shape with a geometric pattern superimposed on the circle and is toned bronze. In the centre of the circle, a lotus flower is embossed. The word “Padma” and Vibushan is inscribed above and below the lotus flower in Devnagri Script. On the reverse side, it has the State Emblem and State Motto.

This is the third-highest civilian award in India and is conferred to people with achievements in for service in any field including service rendered by Government servants including doctors and scientists, but exclude those working with the public sector undertakings. This award has a similar design to the Padma Vibhushan. All the embossing is done in gold.

In the order of rank, Padma Shri is the fourth highest civilian award. This award is conferred to people for achievements in any field including the service rendered by the Government employees. The shape of the award is the superimposition of a geometric pattern on the circle. The words “Padma” and “Shri” are embossed above and below the lotus flower in the centre. All the embossing is done in stainless steel and the periphery is furnished in bronze.

Gallantry Awards are presented to the personnel in the forces for bravery and valour.

The Gallantry awards that are conferred in India are as follows(in the order of Precedence):

Major facts about the Gallantry Awards

The basic selection process for these awards are:

Param Vir Chakra is the highest order of recognition in the Military and is conferred to personnel who have performed a distinguished act of valour at the time of war.

The name of the award is also referred to as the “Wheel of the Ultimate Brave”. The medal is a circular bronze disc. On the front, the National Emblem of India appears in the centre on a raised circle surrounded by four sets of the vajra. On the reverse, there are 2 inscribed legends separated by lotus flowers. The words “Param Vir Chakra” are written in Hindi and English.

The Maha Vir Chakra is the second-highest military honorary award in India, after the Param Vir Chakra, and is awarded for acts of conspicuous gallantry in the presence of the enemy, whether on land, at sea or in the air. It replaced the British Distinguished Service Order (DSO).

The medal is made of silver and is circular in shape. Embossed on the front is a five-pointed star with circular centre-piece on which the state emblem of India is inscribed. The words “Mahavira Chakra” are embossed in Devanagari and English on the reverse with two lotus flowers in the middle.

Vir Chakra is the third-highest honorary gallantry award in India and is conferred to personnel for acts of gallantry in the presence of the enemy on the battlefield.

The medal is a circular silver medal. A five-pointed star, with the wheel or chakra in the centre, and, on this, the state emblem is inscribed. Around a plain centre, two legends separated by lotus flowers and “Vir Chakra” is embossed in Hindi and in English.

Ashok Chakra is conferred to civilians or military personnel for most conspicuous bravery or some act of daring or pre-eminent act of valour or self-sacrifice away from the battlefield.

The award design is circular in shape and “Ashok Chakra” is inscribed both in Hindi and English and these 2 versions are separated by 2 lotus flowers.

This award is equivalent to the US Army’s peacetime Medal of Honour and the British George Cross.

This award is presented to the Indian military decoration awarded for valour, courageous action or self-sacrifice away from the field of battle and is awarded to civilians as well as military personnel.

It is the peacetime equivalent of the Maha Vir Chakra and it comes in between Ashoka Chakra and Shaurya Chakra. Before 1967, the award was known as the Ashoka Chakra, Class II.

It is circular in shape and is made of silver. On the front, a replica of Ashoka Chakra in the centre is embossed and is surrounded by a lotus ring. On its reverse the words Kirti Chakra is embossed in both in Hindi and English; the versions being separated by two lotus flowers.

The Shaurya Chakra is an Indian military decoration awarded for valour, courageous action or self-sacrifice while not engaged in direct action with the enemy. 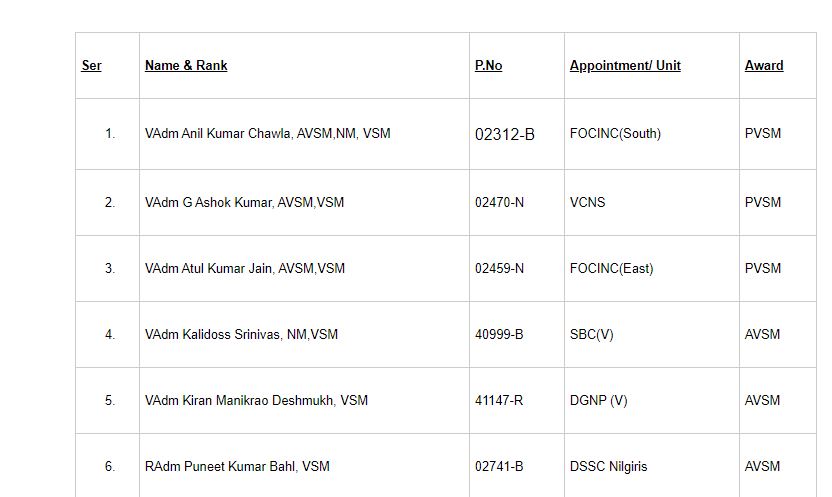 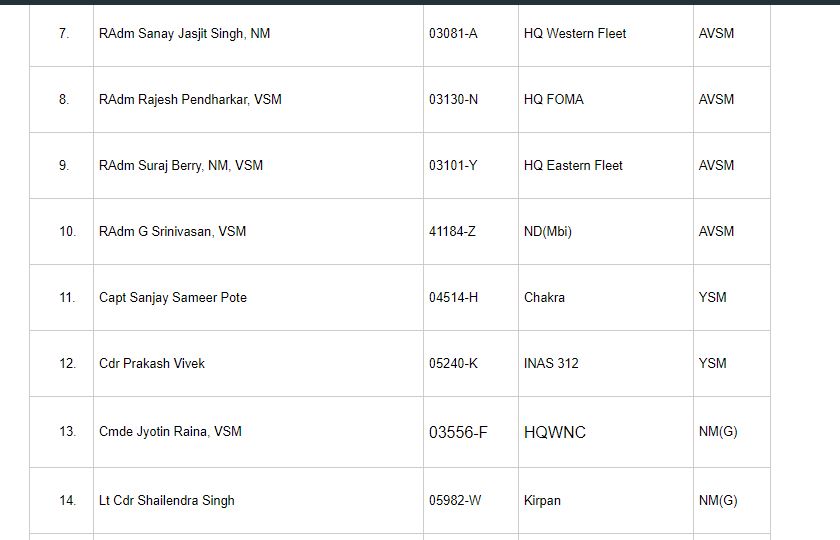 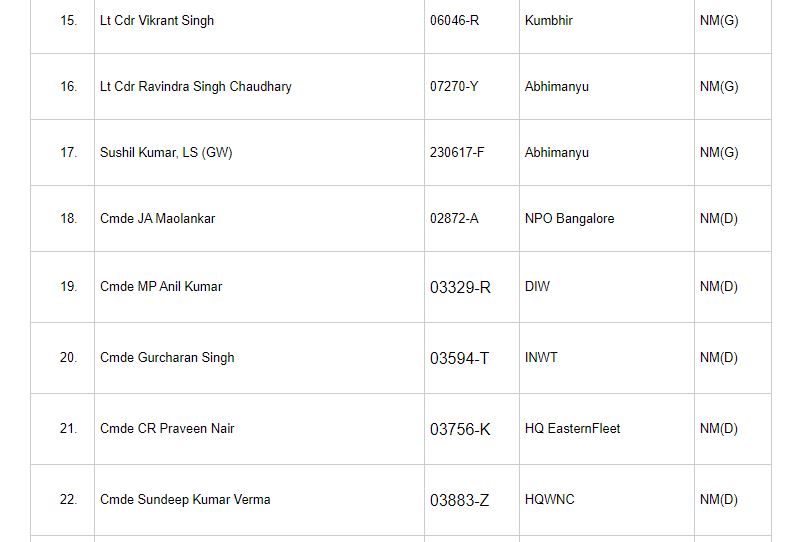 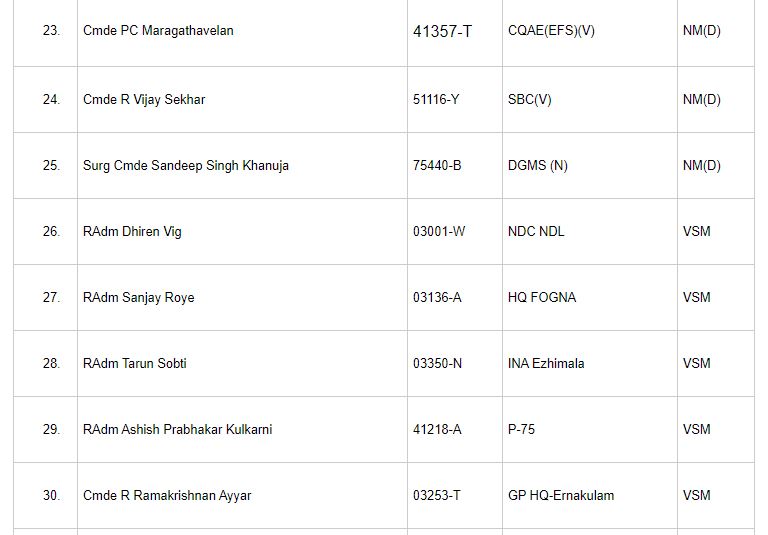 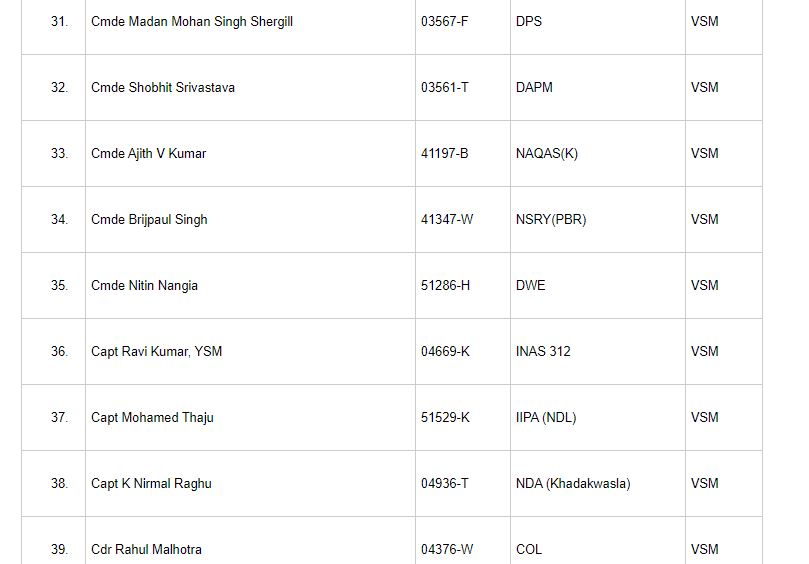 Download the List of Awards in India for Different Fields in PDF format using the link given below.